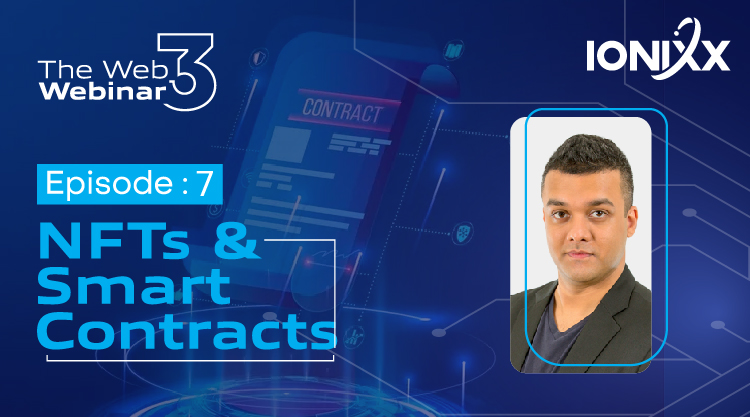 Combining smart contracts with NFTs will unlock a range of use cases and possibilities. To fully understand the potential of these technologies it is important to understand NFTs, Smart Contracts and Oracles in more detail.

NFT stands for Non-Fungible Token. It is a type of digital token which is unique and scarce. An NFT is essentially a unique proof of ownership of something, usually a digital asset. NFTs are digital versions of physical collector’s items and no two NFTs are the same.

Fungibility is the ability of an asset to be exchanged for another asset of the exact same type. For example a $5 bill is fungible with all other $5 bills. They represent the same value. But the Oppenheimer Diamond, for example, is non-fungible – meaning only one real, unique version exists.

The internet and digital technologies in general created an abundance of data and information, like files or photographs which could be replicated and shared endlessly. For example, if I took a picture of a celebrity on Santa Monica Boulevard from my phone, I could send that picture to thousands of people within seconds – creating thousands of versions of that picture right away.

Blockchain technology and specifically NFTs enable digital scarcity. Some data from an NFT can still be replicated and shared but the certificate of authenticity and legal rights of an asset will exist on a single, tamper-proof NFT. NFTs exist on blockchain networks such as Ethereum, and provide a certificate of authenticity as well as legal rights to the digital asset.

There are efforts underway by several organizations to create smart contracts which will hold up in a court of law. The solutions will likely be in the form of smart contract interfaces where the code in a smart contract will simultaneously create a document in plain english defining the terms of the contract.

Smart contracts can be programmed to trigger other smart contracts into action or create new events when they are executed. Smart contracts can also hold assets, NFTs and cryptocurrencies within them. These assets can be distributed upon execution when a set of conditions are met based on the code defined in the contract.

A blockchain oracle is a trusted third party service that provides smart contracts with authenticated external sources of data from the real world through an API. Oracles connect smart contracts with events in the outside world. Smart contracts often need to be triggered by an outside event. Continuing the example of the basketball game above – the smart contract would receive data indicating which team won the game through an oracle, in this case the oracle could be an API feed from a sports network like ESPN or NBC Sports.

Oracles can be created to provide a wide range of data to smart contracts. For example, an oracle could provide real world weather data, outcomes of events, outcomes of legal cases, financial statistics, economic data, interest rates, market data, performance data from a vehicle or machine and so on. The important thing to remember about oracles is that most smart contracts are meant to be executed when a condition is met in the real world, and oracles are the sources of data that can provide authenticated data about real world events. 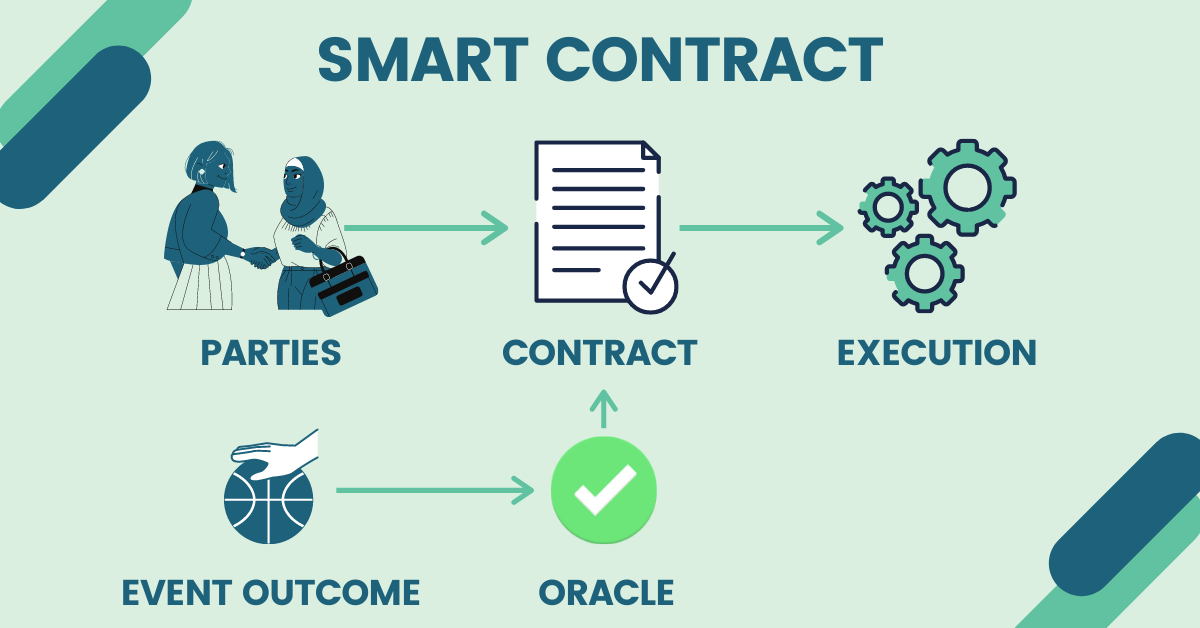 Smart contracts can be programmed to self execute when a condition is met in the real world. Oracles provide data about real world events through authenticated API feeds for smart contracts.

How Smart Contracts & NFTs Can Interact With Each Other

Combining NFTs with smart contracts will give users the flexibility to unlock a wide array of use cases. Complex contractual structures and agreements can be created. The underlying blockchain mechanisms will make the contracts transparent, tamper proof and auditable in real time. This will simplify and speed up any arbitration process in the future.

Smart contracts and NFTs exist thanks to blockchain technology. Users already have a range of NFT standards to choose from when creating NFTs. I believe that several more NFT standards will be created in the future as new blockchain platforms are established. Thanks to the interoperable nature of blockchains users will be able to transact across different platforms from a single point. Meaning a user could access NFTs and smart contracts on separate platforms from their preferred platform. Blockchains will also secure on platform assets and transactions while providing real time auditability.

NFTs have the ability to instantly transform digital art, music and media into verifiable assets which are easy to buy and sell using blockchain tech. NFT’s have several enterprise use cases and have massive implications for media and Digital Rights Management. NFT’s will complement Web 3.0 to create a more transparent and secure internet. 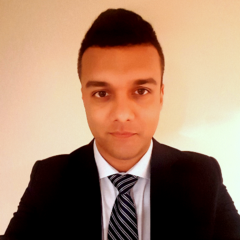 Shaan Ray is a technology researcher and Web3 specialist who helps organizations unleash the power of emerging tech in reshaping their business goals. Under his mentorship, companies embrace transformative solutions to tap new markets and fresh customer segments. Shaan specializes in Blockchain technology, enterprise cryptocurrencies, and international business. Shaan can be reached at Linkedin, Facebook, Twitter and Instagram.

The strategic use of NFTs in AR worlds will enable a whole new range of use cases and possibilities. The true potential of NFTs will be unleashed in the AR worlds of the future. To Read more 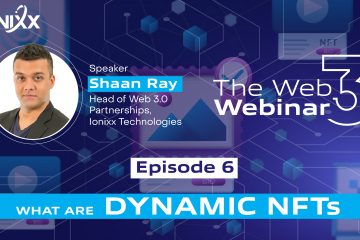 What Are Dynamic NFTs?

What Is A Dynamic NFT? A Dynamic NFT or dNFT, is a type of NFT that can change some of its inherent properties based on external conditions. These changes are recorded and added to the Read more 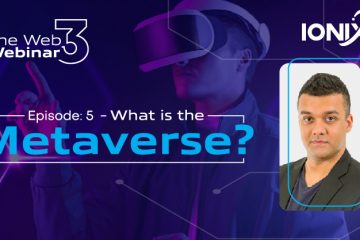 What Is The Metaverse?

The Metaverse is the sum of all shared, persistent virtual spaces. It is the totality of all the digital and virtual worlds as well as digital assets and the data on the entire internet. Merging Read more