The Python programming language is the first choice for businesses who want to shift to machine learning and AI fields and use Data Science. Thanks to a vast number of libraries, Python has also become the first choice among developers in Python Development Agencies to try out new things in the industry.

Pandas is one of the most well-built data manipulation libraries on this list. The Pandas library was created at AQR Financial company and later open-sourced by the demands of one of its employees, who was the leader in the development of this library.

Pandas library has the best ways to handle data and manipulate large datasets. Programmers who work with large datasets in the machine learning domain use the library to structure the dataset according to the business’s needs. Moreover, Pandas has a great application in data analysis and manipulation too.

NumPy offers a plethora of numerical computation options like calculations for linear algebra, working with matrices, and the likes. NumPy being an open-source library is constantly being refined and updated with newer formulas that make using the library simple. NumPy is useful in machine learning endeavors like expressing and working with images, large arrays, and sound waves implementations.

Matplotlib is often used along with numerical and statistically computed data, a helpful library for plotting various types of charts, histograms, and graphs. It is instrumental in data visualization, and is the ultimate choice for data visualization and reporting while using Python.

Matplotlib, when used along with NumPy and SciPy, has the ability to replace the need of using the MATLAB statistical language for data analysis and visualization.

Matplotlib also has the highest number of options when it comes to data analysis and visualization tools. It can help developers present their data analysis in a more efficient way using the plethora of 2D and 3D charts, as well as other plotting diagrams.

PyTorch was developed at Facebook when the company wanted to leap into newer technologies and Machine Learning applications. It is mainly used in complex computational tasks like image processing and natural language processing.

This library was mainly developed to facilitate large-scale projects which were primarily related to research and development of the machine learning domain. It is therefore swift and is capable of adapting to ever-changing projects.

PyTorch is used where large amounts of data are to be processed, and is also available on the cloud, eliminating the need to set up special hardware for using it. These are added benefits of using this machine learning library in your project.

TensorFlow is another excellent numerical computing library in the Python ecosystem. Developed by the Google Brain team and handed to the community in 2015, TensorFlow has been performing exceptionally well. The Google team also provides regular updates and new features to the library, which makes it even more powerful day by day.

TensorFlow is used in almost all Google products that are infused with machine learning. It is the first choice library for when developers need to work with neural networks given that neural networks contain a number of tensor operations, and this library is highly efficient in performing such operations.

This library is also the first choice for when developers want to build models that can be deployed quickly and efficiently. TensorFlow allows teams to develop and test their machine learning models across various platforms and devices. Units can also deploy their models on the cloud and gather meaningful data and insights through using TensorFlow.

One of the most popular machine learning libraries on GitHub, SciKit-Learn enables developers to swiftly perform scientific, engineering, and mathematical computations.

SciKit-Learn is the obvious choice for developers when they want to improve an existing product or its functioning using previous data.

If you want to work with neural networks, Keras is the best library for you. Keras was initially developed as a platform for neural networks, but with the passage of time and seeing massive success, it was later converted to a standalone Python library.

Keras is primarily used in big tech companies like Uber, Netflix, and Square to process large amounts of text and image data simultaneously with the best accuracy. Keras is used in large-scale applications because it provides excellent support for multiple backends with its perfect stability and performance.

Orange3 is a Python library that was developed in 1996 by scientists at the University of Ljubljana. Orange3 is greatly favored in the community because of its more manageable learning curve. The development of Orange3 was focused on creating highly accurate recommendation systems. Today Orange3 has expanded into various subgroups. It can be used for data mining and data visualization as well as numeric computation too.

What distinguishes Orange3 is its widget-based structure. With the help of this structure, developers can easily create better-performing models, and these models can then be used to provide accurate business forecasts.

SciPy is another Python library that focuses on providing methods and functions for accurate calculations. The SciPy library is a part of the SciPy stack as renowned in the industry.

SciPy is heavily used in scientific, mathematical, and engineering-related computations. It is excellent at handling complex computations and has therefore been the forerunner in the industry. SciPy is composed of NumPy, so you can be sure that the computations from SciPy will be highly efficient and super fast.

Moreover, SciPy directly takes on advanced mathematical topics like statistics, linear algebra, correlation, integration, and other numerical computations. It does all this at a breakneck speed, increasing the overall performance of machine learning models developed using SciPy.

Theano was primarily developed to tackle large and complex mathematical equations that could not be solved quickly. Researchers at the Montreal Institute of Learning Algorithms came up with the idea of developing Theano.

Since its inception, it has always had to compete with some of the very best machine learning libraries. However, Theano is still highly efficient in usage and can perform exceptionally well on both CPUs and GPUs. Theano also allows code reusability in its models, which enhances the overall speed of development of a product.

Usage of such libraries is crucial to the development of better and more stable products. If you want to create visualizations from your data analysis, you should opt for the Matplotlib library because of the extensive options it provides. If you’re working around tensors however as well as other numeric computations that need to be processed at very fast speeds, you should definitely proceed with TensorFlow.

Python is a general-purpose language, it comes with all sorts of libraries and modules that provide added benefits to the language. If machine learning is your core domain, these are some of the very best machine learning libraries ever published for the Python environment.

Harikrishna Kundariya, is a marketer, developer, IoT, ChatBot & Blockchain savvy, designer, co-founder, Director of eSparkBiz Technologies. His 8+ experience enables him to provide digital solutions to new start-ups based on IoT and ChatBot. 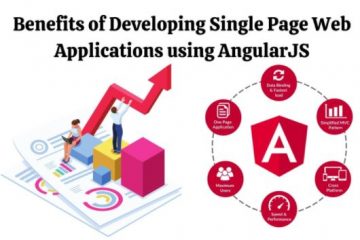 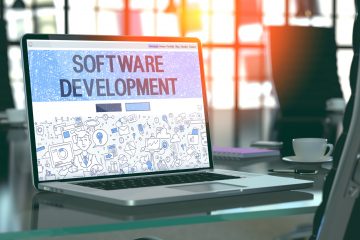 What You Need to Know About Offshore Software Development

Companies consider offshore software development for cost reasons. But is it a great option? Read on to learn more about outsourcing your project overseas. Offshore Software Development The software industry is among the top 10 Read more 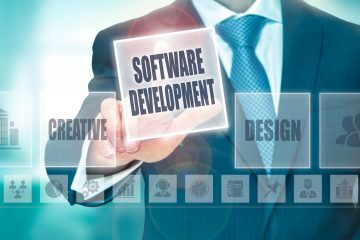 What to Expect from the Software Development Planning Process