A smart contract is a blockchain-based application that lays out the terms of an agreement between two parties, as well as automatically enforcing them.

These algorithms are mostly created within the Ethereum blockchain, although there are rivals to Ethereum emerging, such as NEO, QTUM and many more. 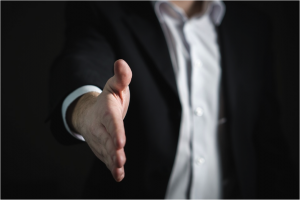 There are plans to introduce these in multiple industries as a new-and-improved means of drawing an agreement.

Although the technology powering smart contracts remains fresh, it appears to provide a secure, reliable, cost-effective method of drawing up an agreement with other parties.

How do smart contracts work?

The most basic smart contracts are taking care of financial transactions based on an ‘if, then’ algorithm.

This algorithm would state that if a buyer pays a certain price for a certain item, they will receive it at a certain time. In this case, the seller doesn’t need to arrange anything to ensure the goods are released. The transaction is finalized automatically within the blockchain once the buyer meets the terms.

Such smart contracts are used to run an initial coin offering (ICO). ‘If’ the buyer sends X amount of Ether, ‘then’ they’ll receive X amount of tokens at the close of the ICO.

With this and all types of smart contracts, the ‘then’ is only activated when all the terms of the ‘if’ are met. This technology is capable of far more complicated transactions than this basic example. Some of the more complicated uses are explained below.

Security: When contracts are stored in the blockchain, they are decentralized, meaning there’s no risk of them being lost or corrupted. The contracts are encrypted, ensuring privacy, while the immutable nature of the blockchain makes it impossible to amend the contract without the other party signing this off.

Reliability: Contract disputes will become a thing of the past with this technology, as the end result is only triggered when all terms written in the algorithm are met. It looks likely that smart contracts will soon be used to decide the outcomes of insurance claims in the near future, putting an end to disputed verdicts in this industry. There are also companies working on using smart contracts to determine the outcome of political elections. They believe doing so will put an end to election fraud forever. The fact that an intelligent computer algorithm decides the outcome of contract disputes, rather than a human, should bring extra peace of mind to both parties involved.

Cost-efficiency: With traditional contracts, a third party is often required to ensure that both parties have met their side of the agreement. With smart contracts, this will no longer be the case. This will save money for all parties. The use of blockchain to solve insurance claim disputes has been tipped to significantly decrease the running costs of insurance companies. It’s hoped these savings on running costs will lead to lower premiums across the board.

In some cases, smart contracts could completely eliminate the need for a third party to oversee peer-to-peer transactions. Smart contracts could be able to completely take over the intermediary role that companies like Uber play. It’s believed this will prove more cost-effective as neither the buyer (in Uber’s case, the passenger) nor the seller (driver) would need to pay the transaction fees needed to keep companies like this afloat. When a smart contract takes on the role of an entire company in this way, it’s known as a decentralized autonomous organization (DAO). 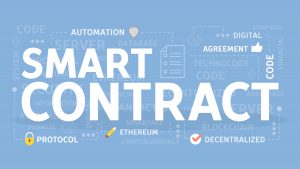 The future of smart contracts

The only smart contracts currently in use are very basic in nature. As well as signing off basic financial transactions, the technology has been tipped to oversee the release of information and protect copyrighted material among other things. As a result, it has been suggested that there may be no need for traditional record labels, stock image depositories, transport apps, or even political polling booths in the future.

It’s still early days for many of these projects, with many flaws to iron out, but it appears as if smart contracts will be disrupting many industries within the next few years. The possibilities are limitless. If it can be imagined, it can probably be created within the Ethereum blockchain.

Interested in making the most of smart contract technology? Contact the blockchain developers at Ionixx Technologies for a range of services, including blockchain consulting, ICO development, and DApp development.