If you’re in the market for a new blockchain developer at your workplace, you’re not the only one. 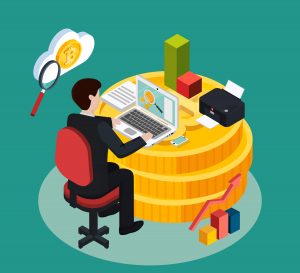 In fact, new research by Upwork suggests that blockchain development skills are in demand more than any other skill (on its website at least). The report, published in May 2018, said that demand for blockchain jobs had grown by 6,000% in a year. Other freelancing websites are reporting an increase of over 35,000% in job listing that require blockchain development.

This exceptional demand, plus a continuously low supply of highly-skilled workers in this field, means you’re going to have to pull out all the stops to get the best blockchain developers on your team.

If you’re like the majority of employers, who have little to no idea how blockchain development works, the first step to finding the perfect employee is knowing what to look for.

The main characteristics to look for in a fantastic blockchain developer are explained here.

The basics of blockchain development

It’s worth noting that traditional developers and engineers may not necessarily have the skills that make them a good candidate to become a blockchain developer.

The blockchain requires knowledge of completely different coding language, as well as detailed knowledge of economics and cryptography.

The blockchain is only a decade old and the exceptional demand for jobs in this field has only rocketed in the last few months. As such, few developers have had the foresight to teach themselves these skills.

Such as this evolving nature of the blockchain, the rules and protocols surrounding these skills are changing all the time too. The very best blockchain developers understand this and are constantly keeping an eye on innovations in their industry.

There are so many levels of depth you can go when it comes to understanding how to build DApps in the blockchain. Ideally, you’ll want your developer to be able to show examples of DApps they have built in the past.

It’s essential for your candidate to have knowledge of Solidity, which is the language used to create DApps on Ethereum. However, with rivals to Ethereum emerging, such as NEO and QTUM, it could be useful to hire a developer with skills to create on these platforms too.

The chances are that protocols for blockchain development are likely to change several times while you’re working with your new developer, so an individual who can demonstrate foresight, or even develop blockchain technology themselves would prove to be an outstanding candidate.

Where to find the best blockchain developers 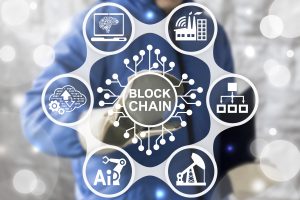 You can try your luck posting ads on LinkedIn or on traditional job websites, although it has been suggested that employers are struggling to find candidates with the right skills through these means.

An alternative to this is to try posting on less mainstream forums, used largely by blockchain developers such as Reddit or Github.

Ultimately, the skills required for your perfect hire will depend on the type of project you’re running and the size and culture of your company.

Many employers may prefer to outsource projects to a specialist blockchain development agency, doing away from the expense and time pressures of traditional recruitment.

The recruitment market for blockchain development is very much a seller’s market at the moment, though.

As such, whatever means you use to find talent, you may need to offer big bucks and special benefits to tempt them to your place of employment.

Interested in making the most of blockchain technology for your business? Contact the blockchain developers at Ionixx Technologies for a range of services, including blockchain consulting, ICO development, and DApp development.