Let’s play a quick game, it’s the year 2019 and you’re currently the Vice President of Technology in a technological innovation enterprise. The world is a global village and everything and everyone moves on to the next big thing as soon as they realize that they are lagging behind. Virtually, everything is digital and the head of your latest competition lives in another continent and has a last name you can barely pronounce. But this is the reality and not just the storyline of a game, isn’t it? While you might be the Chief Technological Officer or President of a technological enterprise, the question you constantly ask yourself is, for how long?

The world is ever-changing, and digital transformation has been accelerating since the days of integrated transistors. Even for the biggest organizations, it’s a daily battle to remain relevant in the middle of the competition, to your customers and even to your board of directors. Consumers are consuming your latest products at an accelerated pace, and it’s a battle to produce something that isn’t already obsolete by the time you push it to the market.

But one common trend that has always and will probably always be common to the large market of consumers is the need for an enhanced user experience through a faster technology. As life speeds by, there is an urgent need to keep up with the pace or risk getting left in the wind. This is where microservices come to play in the big leagues.

Normal enterprise IT businesses, develop apps that run on legacy monolithic systems. This software architecture is similar to an all-purpose toolbox that contains all the elements required for a program to run effectively and smoothly. That’s a perfect system, right? Keep whatever the application in question might require to run itself in this all-purpose toolbox, so it’s more convenient to access and can always be located easily. For years, this central and unified software architecture has been the standard model for several business corporations. What could be the reasons that we can attribute to several enterprises functioning with legacy systems?

The lurking danger of obsolescence

In this rapidly evolving world, things do not necessarily become obsolete before the consumers move on to something better. The invention of something better drives the market towards the latest innovation and away from the dinosaur-like technology, which unfortunately can no longer keep up.

Enterprises that still use this legacy monolithic software architecture are in danger of becoming obsolete when compared to the much faster, agile and light microservices architecture. Microservices architecture are distinctly differentiated from the more traditional monolithic type of application by their carefully divided contents into several smaller and more easily managed segments. This allows the system to flow smoother and with fewer glitches.

The current draw for microservices architecture

Several companies are already making the shift to microservices architecture. Big players such as Netflix, a very popular American media service, currently implements this structure to answer billions of calls daily and allow streaming of API videos, creating a unique customer experience that keeps them ahead of the competition. Several other companies are also applying microservices architecture into their digital mobile apps, for better customer experience, including Gilt, an online shopping website, Nike, Amazon, eBay, and Zalando, a European e-commerce company.

Zalando — A case in point

To demonstrate how efficient and effective it is to switch from monolith systems to microservices, one of the examples above can be used as a case study. In 2010, Zalando, an e-commerce fashion retailer based out of Germany, ran the risk of losing out to its competitors owing to its inability to dole out a seamless user experience. Their systems got to a point where they were slower due to the increased amount of codes that were being added onto the system yearly as the company advanced. To rectify this, the head of engineering with several other associates, decided to switch from the conventional monolith system to the new digital microservices architecture. This change didn’t happen overnight, but by the end of their transition phase, they reported higher returns in terms of employee productivity, technological innovation, and increased ROI. The company now has branches in 15 countries with a total of 18 million customers and draws about three billion dollars in revenue. All with just a little over ten thousand employees and a fully operational microservices structure that works efficiently.

What calls for the need for a switch to microservices?

Legacy monolithic software is fine until your company hits a significant milestone and you begin to process more data than your system can take. So what happens is these codes begin to pile on each other like stones, and your all-purpose toolbox begins to overflow with so many items, you’re not even sure what’s in it and every time you need to find or adjust something you have to take it all apart and slowly check or even rebuild everything to avoid risking damage to your system. This, in turn, cripples your enterprise in many highly significant ways.

First of all, your system becomes dependent on a code base which will slow down operations and limit your coordination. As a reflex, most companies will go on the defensive and begin to adjust and create ways to ensure this overflowing toolbox or this delicate stack of stones does not come crashing to the ground.

Secondly, it will hurt the enterprise’s innovativeness, as all resources are now geared towards sustaining an already compact system rather than developing a more modern and efficient system. The dependence on following a strict code base will eliminate every possibility of variants and give rise to a rigid process.

Lastly, this rigid process that does not allow room for experimentation and will cripple the growth of an enterprise in several ways. One of the ways would be; as the world slowly shifts away from that monolith system and new graduates who are used to newer models find themselves in a system that is unchallenging and restricted, so naturally, the kind of innovative talent any company requires to grow will begin to shy away from your organization. The talent that can be recruited will have a tough time getting acquainted with the system, as the codes would’ve accumulated making it hard to dive straight into the workflow without understanding the entire codebase. So in return, more human resources and time will go into the onboarding process, which will be painfully slow, and result in employees who are now faced with the task of doing nothing other than preventing the system from crashing. At this delicate point, such an enterprise would be at the verge of collapse as it would have tipped the scales and found itself in a valley where the law of diminishing returns holds precedent. So as the information and codes begin to pile up, the monolith system gives less and less value. This simply does not augur well in the digital age, where consumers demand more, and before you know it, the rug will be pulled out from under you and the stones will topple, the toolbox will tip over and the monolith system will simply be unable to keep up.

The benefits of the new microservices architecture system

Current trends show that really big companies are slowly beginning to shift towards the more modern microservices architecture. This is because it offers a range of ideal benefits for any startup or already established enterprise.

Microservices architecture allows enterprises to break down the components of what would normally form their monolith system into several categories that can be arranged into sections based on similarities in their functionality and structure. This has some ways of helping the enterprise grow including:

Adaptation of the microservices architecture allows you to grow faster, come up with better innovations, and enjoy maximal productivity.

There are certain things to consider before deciding if your enterprise is ready to make the big shift to microservices, which you eventually will have to make to avoid dying out. These prerequisites were defined by Martin Fowler, a British software designer and an expert in object-oriented analysis and design.

To meet these requisites, Amazon Web services, Docker and App dynamics are examples of tools you might recruit to help this process.

What you should know before transitioning to microservices

The transition phase to microservices will not be easy; there are certain things you should have in mind to be able to scale through the process with a minimal amount of damage possible.

Microservices have several advantages over the traditional monolith services in the present age. It can slowly be implemented by following the course of a router which filters some customers through the new system for testing and analysis of the layout services, web apps and eventually microservices in an open-source. This would result in a better and more easily managed system that is relevant in the digital age.

So if you are ready to make the plunge to microservices and are contemplating on the move, schedule your free consultation with us today.
Categories: Technology Trends
Tags: digital transformationmicroservices architecturesoftware development 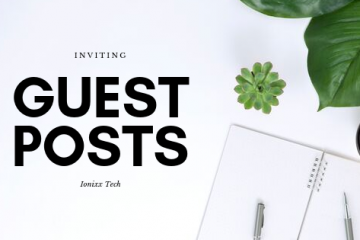 Ionixx Technologies is seeking guest posts from industry experts, thought leaders, technologists with a flair for writing, and everyone who basically wants to share their two cents with the tech world on topics in the Read more 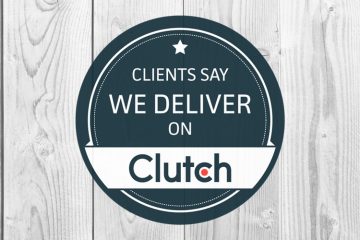 Adding yet another feather to our cap, one of our customers, Tenshey, has shared some wonderful feedback about our work as a demonstration of extending beyond business as usual — about understanding, sharing, and committing Read more 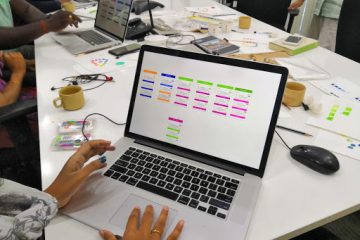 Back to the Basics — Why Our Workshop on Color Fundamentals Gave Our Visual Designers Renewed Perspectives!

Color is critical to any successful design project; yet, with project deadlines and high-pressure timelines looming large in the everyday scheme of things, it is easy for designers to fall into a rut and lose Read more