There main difference between DApps and traditional web apps is that the former is decentralized via the blockchain.

This might not seem a big deal to those who have limited blockchain knowledge, but it’s enough to excite experts in the field.

Below, we highlight the main advantages and disadvantages of DApps compared to traditional web apps.

Why the fuss over decentralized apps? 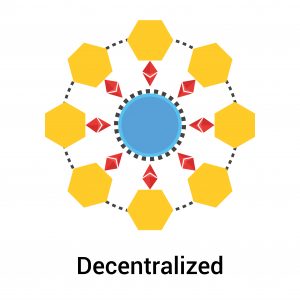 DApp is short for ‘decentralized app’. This means it’s stored on thousands of nodes, rather than a single database.

The result of this is that the app:

The open source, immutable, and private nature of DApps brings more trust. The lack of a middle man can make them more cost-effective in certain situations.

Online retailers: The act of buying goods and services through DApps could appeal to consumers who are tired of paying extra to fund the overheads of traditional retailers or the cost of overseas transactions. It also allows those without the credentials to qualify for a bank account to engage in online shopping.

DApps based on smart contracts: Smart contracts can only have an outcome (such as the transfer of funds or the completion of a sale) once both parties have met all the terms stated in the contract’s source code. As this is completely automated, it more or less eliminates the prospect of contractual disputes or fraud. These DApps have been tipped to take over insurance claims, healthcare record-keeping, and even political voting.

Decentralized Autonomous Organizations: These are tipped to disrupt industries that are known for taking a huge cut of customer’s transactions, such as crowdfunding, ride-sharing and music sales. Industries, disliked for their strict rules or advertising policies, such as social media websites could also be under threat.

The tokenization of DApps

Blockchain-based apps cost more money to run than traditional web apps, as all interactions must be executed on thousands of nodes. Tiny transaction fees are paid by the user to compensate those operating these nodes.

This could be seen by some as a flaw of DApps. However, the plus side is that these tokens can potentially increase in value if the demand for them grows. Also, anyone has the opportunity to operate nodes, keep the DApp running smoothly and earn some extra tokens while doing so.

How to create a DApp 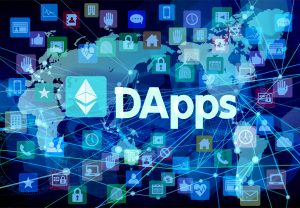 The majority of DApps are created within the Ethereum blockchain. This was the first and, for a long time, only blockchain that was limitless enough for such a broad range of uses. This uses a coding language called Solidity, which very few developers have an expertise in. As such, demand for blockchain developers is at an incredible high. There are rivals to Ethereum emerging, such as NEO and Cardano, although these remain in their early stages of growth. It is possible to convert a traditional web app to DApp, by switching the source code to Solidity.